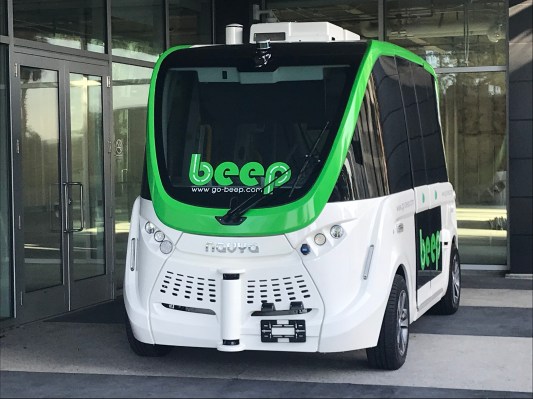 Bestmile, a transportation software startup, has raised $16.5 million in a Series B round led by Blue Lagoon Capital and TransLink Capital.

Existing investors Road Ventures, Partech, Groupe ADP, Airbus Ventures, Serena and others also participated in the round. The company, which launched in 2014, has raised $31 million to date.

Bestmile has developed fleet management software that orchestrates the delicate balance between demand for, and supply of transportation. Managing fleets isn’t new. However, the emergence of new and varied ways for people and packages to move within cities has created new opportunities for software companies.

Bestmile is aiming to become the preferred platform for public transit operators, automakers and taxi companies that offer ride-hailing, microtransit, autonomous shuttle services and even robotaxis. While Bestmile emphasizes the ability of the platform to manage more futuristic means of travel, namely autonomous shuttles, fleet management software is designed to be agnostic. This means it will work for human-driven fleets like traditional taxi cabs as well as autonomous shuttles and, someday, robotaxis.

The startup’s investors also see opportunities for the platform that extend beyond microtransit, ride-hailing and autonomous shuttles. For instance, Airbus Ventures sees Bestmile as a key enabler for urban air mobility, according to Thomas d’Halluin, a managing partner at the Airbus’ venture arm.

The platform works by collecting real-time data such as weather, traffic, demand and vehicle telemetry. It then uses the data to squeeze the most out of the fleet. That means balancing demand from customers with the cost of operations.

The startup, which is based in Lausanne, Switzerland and has an office in San Francisco, already has a number of customers, including autonomous shuttle operators. The company’s software is managing 15 deployments globally. Bestmile announced earlier this week that it has partnered with Beep, an autonomous shuttle company in Orlando, Fla.

Blue Lagoon partners Rodney Rogers and Kevin Reid have joined Bestmile’s board. Rogers is now board chairman. The pair, which have first-hand experience as co-founders, should be able to provide the kind of insight needed to scale a company. Rogers and Reid co-founded enterprise cloud services company Virtustream, which was acquired by EMC Corporation in 2015 for $1.2 billion. The business is now part of Dell Technologies.

Fondeadora is a Mexican challenger bank that just raised $14 million