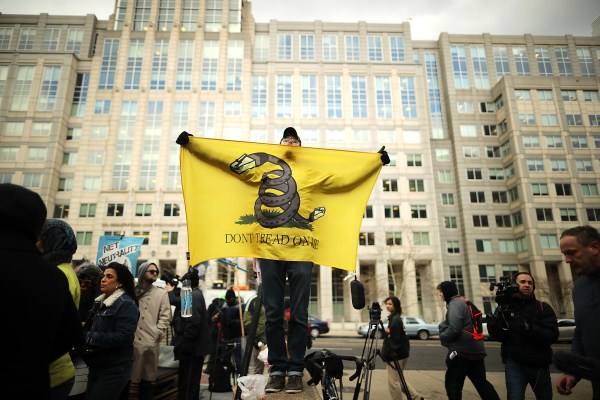 California’s state Assembly voted 58-17 on Thursday to advance a bill, called S.B. 822, that would implement the strongest net neutrality provisions in the U.S.

The bill now heads back to the Senate for final approval. If a vote is not held by end of day tomorrow — the deadline for lawmakers to pass any legislation until 2019 — it won’t get the official green, or red, light until next year.

The bill, written by Democratic Senator Scott Wiener, would not only bring back Obama-era net neutrality rules ousted by the FCC in December, but go a step further, adding new protections for internet users. The bill prohibits internet service providers from blocking or throttling lawful content, apps, services or non-harmful devices. Plus, it bans paid prioritization, the practice of directly or indirectly favoring some traffic over other traffic in exchange for money, typically.

Here’s where it goes above and beyond the policy developed under the Obama administration: The bill also bans zero rating, which allows service providers to charge customers for data use on some websites but not on others. If you want to dive deeper into the nitty-gritty, take a look at the bill here.

The decision is a blow to Comcast and AT&T, for obvious reasons. They’ve been advocates for ending net neutrality and had lobbied aggressively against the bill. Net neutrality lobbying groups, on the other hand, are pleased with the results.

“No one wants their cable or phone company to control what they see and do on the internet,” said Evan Greer, deputy director of Fight for the Future, a nonprofit advocacy group for digital rights, in a statement. “California just took a huge step toward restoring protections that prevent companies like AT&T and Comcast from screwing us all over more than they already do.”

“This historic Assembly vote is a testament to the power of the internet. Big ISPs spent millions on campaign contributions, lobbyists and dark ads on social networks, but in the end, it was no match for the passion and dedication of net neutrality supporters using the internet to sound the alarm and mobilize.”

In December, the FCC voted to kill Obama-era net neutrality regulations developed in 2015 to keep the internet open and fair. The organization is led by Ajit Pai, a Republican appointed to the role by President Donald Trump.

The decision from California’s Assembly comes a day after Northern California congressional members asked that the FTC investigate Verizon’s throttling of the Santa Clara County Fire Department, which had reportedly exceeded their monthly allotment of 25 gigabytes when they were making calls and handling personnel issues amid fighting a massive wildfire.

SoftBank in talks to invest up to $500 million in Swiggy