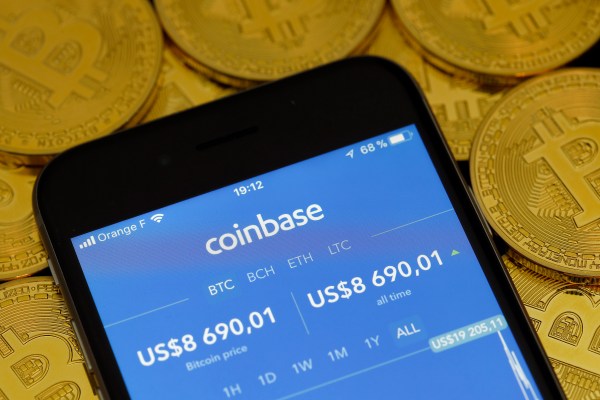 Coinbase may be one of the most-lauded crypto exchanges, but it supports just four coins right now which is far fewer than most others. That’s about to change a little after it announced plans to add Ethereum Classic (ETC), a fork of the Ethereum crypto token, to its service “in the coming months.”

Ethereum Classic was created in June 2016 following a major hack on The DAO, a fundraising vehicle for the project. In short: the Ethereum Foundation created a new version of Ethereum — known today as Ethereum — that rescued the lost funds, while those who opposed continued on with the original chain which was known as Ethereum Classic.

A date for the introduction of ETC will be communicated via Coinbase blog and Twitter account in due course, according to the company.

Coinbase is announcing its intention to list Ethereum Classic ahead of time so that it can test integrations as part of its new policy on adding new tokens, but that move is also in response to concerns that around inside trading when the exchange added Bitcoin Cash last December.

Coinbase went so far as to investigate the incident which saw service outages and wild price fluctuations for Bitcoin Cash right after its addition to the exchange.

Indeed, the price hit a high of $8,500 on Coinbase and its GDAX service for professional investors, which was almost three times higher than the $3,500 price on all other exchanges. That led to speculation that Coinbase staff and insiders could have profited by buying BCH on other exchanges in the knowledge that it was about to be added to Coinbase, thus spiking the price significantly.

This time around with ETC, Coinbase will hope that its statement of intent to list the token further down the line will avoid the potential for foul play.

This listing could be the first of many for Coinbase this year.

In today’s announcement, the company again reiterated its intention to add support for ERC20 tokens — the type that are generated by an ICO — and Bitcoin forks in the future.

Outside of adding new tokens, Coinbase is exploring how it can work with new blockchain technology including atomic swaps, sharding, proof of stake and more, according to CTO Balaji Srinivasan who joined earlier this year.

More generally 2018 is seemingly a year for growth and development at Coinbase. Beyond hiring Srinivasan as its first CTO through the acquisition of his startup Earn.com, the firm has introduced an investment arm and begun doing deals.

On the services side, it added services for institutional investors and recently bought a securities dealer that it hopes will eventually allow it to trade ICO tokens. Other acquisitions this year alone have included decentralized browser and wallet service Toshi, trading platform Paradex and Memo.ai.

Update: The original version of this story was corrected with details about the creation of Ethereum Classic. Hat tip @ciscoguru.

Note: The author owns a small amount of cryptocurrency. Enough to gain an understanding, not enough to change a life.