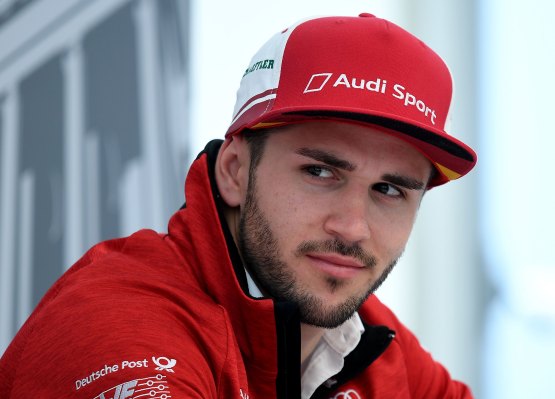 Audi fired Daniel Abt from its Formula E racing team after learning he had a professional sim driver race for him during a virtual competition called the “Race at Home Challenge” held over the weekend.

The automaker said in a statement via Formula E that Abt had been suspended from Audi Sport “with immediate effect.” However, it appears the consequences are more serious and final. Abt said in a video message published Tuesday on YouTube that Audi had dropped him from the team.

“Today I was informed in a conversation with Audi that our ways will split from now on,” Abt said, according to a translation of the video message. “We won’t be racing together in Formula E anymore and the cooperation has ended. It is a pain which I have never felt in this way in my life.”

The 14-minute video was meant to explain the incident that occurred May 23 during the virtual competition, Abt said. He claims that it was all meant as a joke, which he intended to publicize after the race.

Abt tapped 18-year-old pro sim driver Lorenz Hoerzing to take his spot in the fifth round of Formula E’s online sim racing series. Unlike the real Formula E race series, this was meant to entertain fans and raise funds for UNICEF.

Hoerzing came in third in the race. Questions were raised almost immediately following the virtual event when Abt didn’t appear on the post-race interview.

Abt explained, via translation of the video, the plan.

“We had a conversation and the idea came up that it would be a funny move if a sim racer basically drove for me, to show the other, real drivers, what he is capable of and use the chance to drive against them,” Abt said. “We wanted to document it and create a funny story for the fans with it.”

Abt later added that it was never his intention to “get a result and keep quiet about it later on just to make me look better.”

You can watch the entire statement here.

Nintendo Switch might soon go on sale in China via Tencent