If you’re a student at UC Berkeley, the diminutive rolling robots from Kiwi are probably a familiar sight by now, trundling along with a burrito inside to deliver to a dorm or apartment building. Now students at a dozen more campuses will be able to join this great, lazy future of robotic delivery as Kiwi expands to them with a clever student-run model.

Speaking recently at TechCrunch’s Robotics + AI Session at the Berkeley campus, Kiwi’s Felipe Chavez and Sasha Iatsenia discussed the success of their burgeoning business and the way they planned to take it national.

In case you’re not aware of the Kiwi model, it’s basically this: When you place an order online with a participating restaurant, you have the option of delivery via Kiwi. If you so choose, one of the company’s fleet of knee-high robots with insulated, locking storage compartments will swing by the place, your order is put within, and it brings it to your front door (or as close as it can reasonably get). You can even watch the last bit live from the robot’s perspective as it rolls up to your place.

The robots are what Kiwi calls “semi-autonomous.” This means that although they can navigate most sidewalks and avoid pedestrians, each has a human monitoring it and setting waypoints for it to follow, on average every five seconds. Iatsenia told me that they’d tried going full autonomous and that it worked… most of the time. But most of the time isn’t good enough for a commercial service, so they’ve got humans in the loop. They’re working on improving autonomy, but for now this is how it is.

That the robots are being controlled in some fashion by a team of people in Colombia (from where the co-founders hail) does take a considerable amount of the futurism out of this endeavor, but on reflection it’s kind of a natural evolution of the existing delivery infrastructure. After all, someone has to drive the car that brings you your food, as well. And in reality, most AI is operated or informed directly or indirectly by actual people.

That those drivers are in South America operating multiple vehicles at a time is a technological advance over your average delivery vehicle — though it must be said that there is an unsavory air of offshoring labor to save money on wages. That said, few people shed tears over the wages earned by the Chinese assemblers who put together our smartphones and laptops, or the garbage pickers who separate your poorly sorted recycling. The global labor economy is a complicated one, and the company is making jobs in the place it was at least partly born.

Whatever the method, Kiwi has traction: it’s done more than 35,000 deliveries at an increasing rate since it started two years ago (now up to over 10,000 per month) and the model seems to have proven itself. Customers are happy, they get stuff delivered more than ever once they get the app and there are fewer and fewer incidents where a robot is kicked over or, you know, catches on fire. Notably, the founders said onstage, the community has really adopted the little vehicles, and should one overturn or be otherwise interfered with, it’s often set on its way soon after by a passerby. 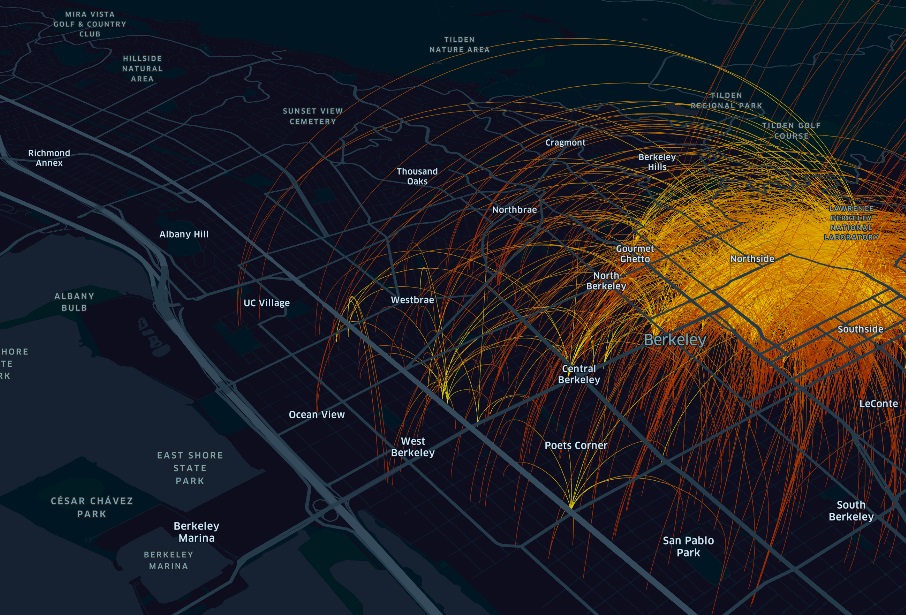 Iatsenia and Chavez think the model is ready to push out to other campuses, where a similar effort will have to take place — but rather than do it themselves by raising millions and hiring staff all over the country, they’re trusting the robotics-loving student groups at other universities to help out.

For a small and low-cash startup like Kiwi, it would be risky to overextend by taking on a major round and using that to scale up. They started as robotics enthusiasts looking to bring something like this to their campus, so why can’t they help others do the same?

So the team looked at dozens of universities, narrowing them down by factors important to robotic delivery: layout, density, commercial corridors, demographics and so on. Ultimately they arrived at the following list:

What they’re doing is reaching out to robotics clubs and student groups at those colleges to see who wants to take partial ownership of Kiwi administration out there. Maintenance and deployment would still be handled by Berkeley students, but the student clubs would go through a certification process and then do the local work, like a capsized bot and on-site issues with customers and restaurants.

“We are exploring several options to work with students down the road, including rev share,” Iatsenia told me. “It depends on the campus.”

So far they’ve sent 40 robots to the 12 campuses listed and will be rolling out operations as the programs move forward on their own time. If you’re not one of the unis listed, don’t worry — if this goes the way Kiwi plans, it sounds like you can expect further expansion soon.

Now this… this is an ultra-wide monitor

ThinkGeek.com to close, replaced as a section of GameStop