At CES in January I was pleasantly surprised by the LifeDoor, a smart home gadget that’s actually worth having. These little boxes automatically close doors when smoke detectors go off, inhibiting the spread of fire and smoke. The company is heading to KickStarter to fund the production version of the device, which has several improvements over the prototype I saw.

The simplicity and practicality of the device made it a standout at a show flooded with useless junk; the small team essentially made a gadget that automatically does what firefighters all insist you do: close the door in case of fire. That can be hard to remember to do or enforce, but the LifeDoor makes it so you don’t have to do either. 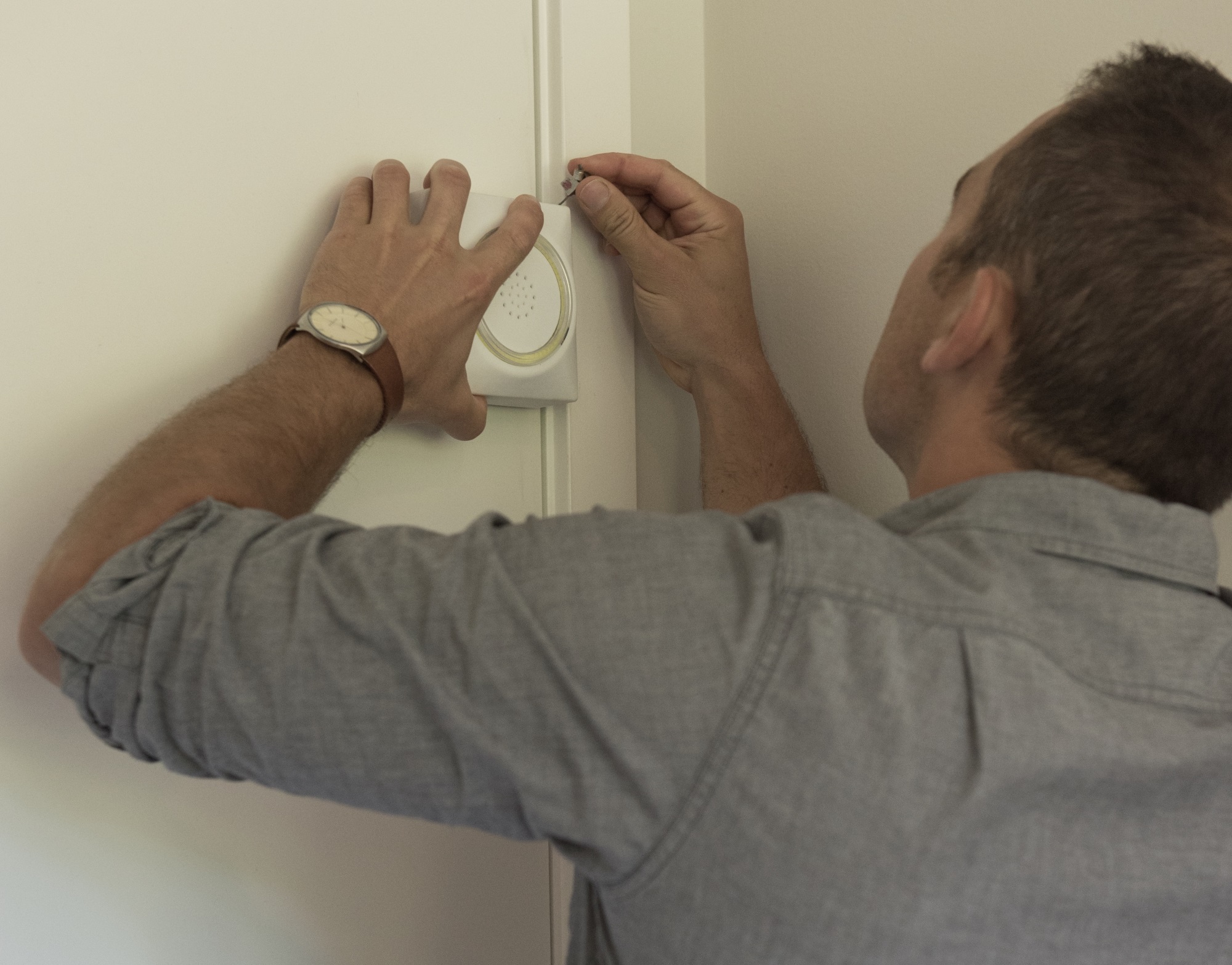 Installation, on any standard door hinge, shouldn’t take longer than a minute or two. It doesn’t detect smoke or heat, but rather lets your smoke detectors and other gadgets do that — instead, it listens for the beep when smoke is detected, and quickly (but gently) shuts the door against the threat. It’ll then light up and sound its own alarm in case you didn’t hear the first or the door muted the noise.

The version I saw was fully working, but was 3D-printed and the team was still making improvements. The production device is only about two-thirds the size of the prototype, which wasn’t too big to begin with. The new enclosure should help with detecting alarm signals as well. The microphone subsystem also will now sit idle unless it hears something, saving power and allowing the LifeDoor to go for up to two years on one battery.

Right now they’re looking to raise $50,000 on Kickstarter — they’re going for a little less than $100 each as perks. My guess is all the backers so far are firefighters. I can say honestly that if I had an actual house I would buy a couple of these things in a second. I’ll leave myself open to accusations of shilling here because unlike most smart home knick-knacks, this one is more than useful — it could save lives.

ThinkGeek.com to close, replaced as a section of GameStop