Financial troubles have forced Maker Media, the company behind crafting publication MAKE: magazine as well as the science and art festival Maker Faire, to lay off its entire staff of 22 and pause all operations. TechCrunch was tipped off to Maker Media’s unfortunate situation which was then confirmed by the company’s founder and CEO Dale Dougherty.

For 15 years, MAKE: guided adults and children through step-by-step do-it-yourself crafting and science projects, and it was central to the maker movement. Since 2006, Maker Faire’s 200 owned and licensed events per year in over 40 countries let attendees wander amidst giant, inspiring art and engineering installations.

“Maker Media Inc ceased operations this week and let go of all of its employees — about 22 employees” Dougherty tells TechCrunch. “I started this 15 years ago and it’s always been a struggle as a business to make this work. Print publishing is not a great business for anybody, but it works…barely. Events are hard . . . there was a drop off in corporate sponsorship.” Microsoft and Autodesk failed to sponsor this year’s flagship Bay Area Maker Faire.

But Dougherty is still desperately trying to resuscitate the company in some capacity, if only to keep MAKE:’s online archive running and continue allowing third-party organizers to license the Maker Faire name to throw affiliated events. Rather than bankruptcy, Maker Media is working through an alternative Assignment for Benefit of Creditors process.

“We’re trying to keep the servers running” Dougherty tells me. “I hope to be able to get control of the assets of the company and restart it. We’re not necessarily going to do everything we did in the past but I’m committed to keeping the print magazine going and the Maker Faire licensing program.” The fate of those hopes will depend on negotiations with banks and financiers over the next few weeks. For now the sites remain online.

[Update 6/9/19: Dougherty tells me he’s been overwhelmed by the support shown by the Maker community. For now, licensed Maker Faire events around the world will proceed as planned. Dougherty also says he’s aware of Oculus co-founder Palmer Luckey’s interest in funding the company, and a GoFundMe page started for it.]

This is nuts. @dalepd, some friends and I would love to help save Maker Media. I love Maker Faire, and have been a MAKE reader since literally the first issue!https://t.co/YCRdJ021rj

The CEO says staffers understood the challenges facing the company following layoffs in 2016, and then at least 8 more employees being let go in March according to the SF Chronicle. They’ve been paid their owed wages and PTO, but did not receive any severance or two-week notice.

“It started as a venture-backed company but we realized it wasn’t a venture-backed opportunity” Dougherty admits, as his company had raised $10 million from Obvious Ventures, Raine Ventures, and Floodgate. “The company wasn’t that interesting to its investors anymore. It was failing as a business but not as a mission. Should it be a non-profit or something like that? Some of our best successes for instance are in education.” 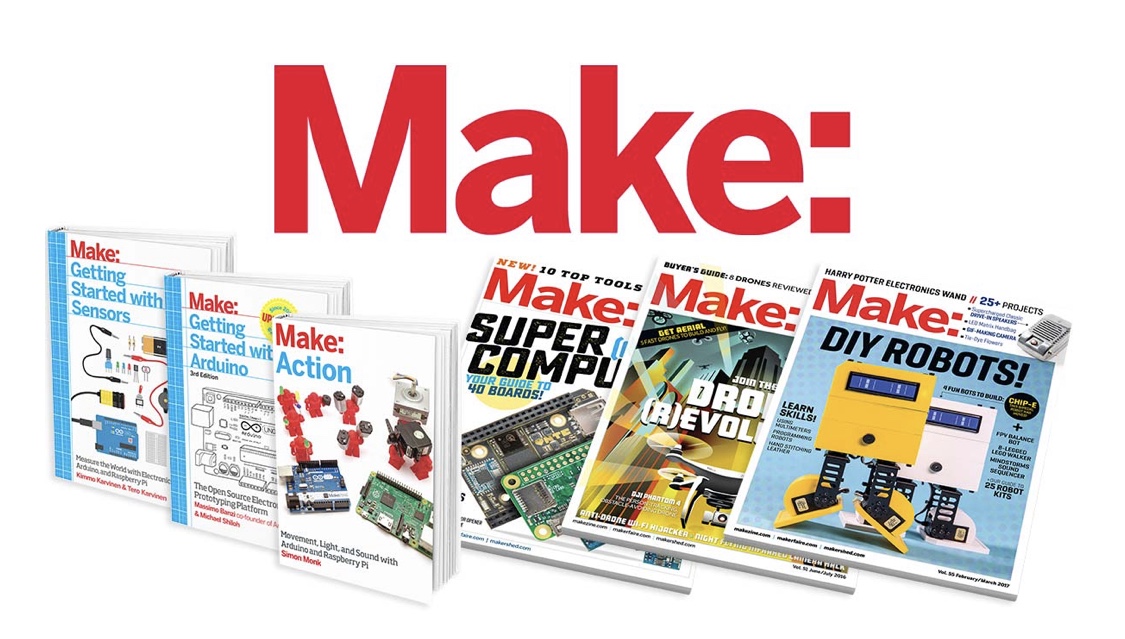 The situation is especially sad because the public was still enthusiastic about Maker Media’s products  Dougherty said that despite rain, Maker Faire’s big Bay Area event last week met its ticket sales target. 1.45 million people attended its events in 2016. MAKE: magazine had 125,000 paid subscribers and the company had racked up over one million YouTube subscribers. But high production costs in expensive cities and a proliferation of free DIY project content online had strained Maker Media.

“It works for people but it doesn’t necessarily work as a business today, at least under my oversight” Dougherty concluded. For now the company is stuck in limbo.

Regardless of the outcome of revival efforts, Maker Media has helped inspire a generation of engineers and artists, brought families together around crafting, and given shape to a culture of tinkerers. The memory of its events and weekends spent building will live on as inspiration for tomorrow’s inventors.

In a first, Amazon launches a battery-powered portable Echo speaker in India