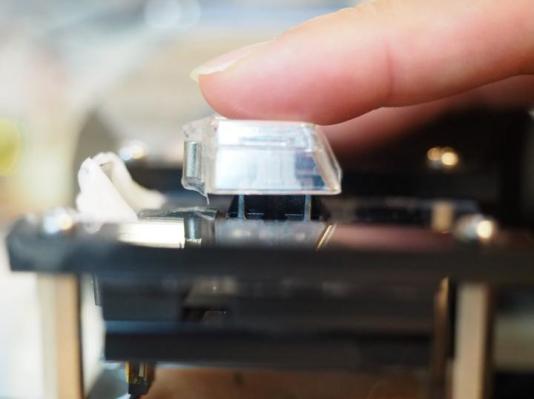 When all you have is a finger everything looks like a button . But what happens if you’re unable to press buttons or, more likely, we begin using robots and other tools to interact with the real world? That’s what researchers at Aalto University, Finland, and KAIST, South Korea wanted to find out when they started examining how humans tap buttons.

“This research was triggered by admiration of our remarkable capability to adapt button-pressing”, said Professor Antti Oulasvirta at Aalto University. “We push a button on a remote controller differently than a piano key. The press of a skilled user is surprisingly elegant when looked at terms of timing, reliability, and energy use. We successfully press buttons without ever knowing the inner workings of a button. It is essentially a black box to our motor system. On the other hand, we also fail to activate buttons, and some buttons are known to be worse than others.”

During their study, they assessed the push buttons – buttons with actual travel – were more usable than touch buttons and that the best buttons were the ones that reacted at time of maximum impact. The researchers created something called “Impact Activation.” These buttons activate only when they are fully pressed, thereby ensuring that users will know exactly when they are and are not tapping a key on a keyboard or even a musical instrument.

The simulations shed new light on what happens during a button press. One problem the brain must overcome is that muscles do not activate as perfectly as we will, but every press is slightly different. Moreover, a button press is very fast, occurring within 100 milliseconds, and is too fast for correcting movement. The key to understanding button-pressing is therefore to understand how the brain adapts based on the limited sensations that are the residue of the brief press event.

The researchers argue that the key capability of the brain is a probabilistic model: The brain learns a model that allows it to predict a suitable motor command for a button. If a press fails, it can pick a very good alternative and try it out. “Without this ability, we would have to learn to use every button like it was new,” tells Professor Byungjoo Lee from KAIST. After successfully activating the button, the brain can tune the motor command to be more precise, use less energy and to avoid stress or pain. “These factors together, with practice, produce the fast, minimum-effort, elegant touch people are able to perform.”

How can we use this information in our daily lives? Well, this research suggests that high-travel, clicky keys with switches from Cherry and other “tactile” keyboard makers could be better for us, neurologically, than keyboards with less precise travel. Further, it shows us that the best interfaces are physical and not touchscreen, something that anyone who has tried to play touchscreen-based fast-twitch video games can attest.

Further, the researchers discovered that button pressing is an acquired skill and perhaps we were right to force ourselves to let Mavis Beacon teach us keyboarding. “We believe that the brain picks up these skills over repeated button pressings that start already as a child. What appears easy for us now has been acquired over years,” said Lee.

Cloud gaming platform Shadow brings its new plans to the US