Roblox, the massively multiplayer online game favored by the under 13 crowd, is following in Minecraft’s footsteps with a move into the education market. The company this morning announced a new education initiative, Roblox Education, that will offer a free curriculum to educators, along with international summer coding camps, and a free online “Creator Challenge” in partnership with Universal Brand Development, which will see kids building Roblox games inspired by Jurassic World: Fallen Kingdom.

The gaming company has been around for many years, but only recently reached a critical mass where it was ready to talk about its numbers. Today, Roblox sees over 60 million monthly active users, and its creator community building new worlds for kids to explore has doubled to 2 million this year from the year prior, it said earlier this year.

Roblox gets kids coding by hooking them on the game itself when they’re young – around elementary school age. By middle school, users are downloading Roblox Studio to build their own games and experiences. And by high school, they’ve learned to code to customize their games even further. 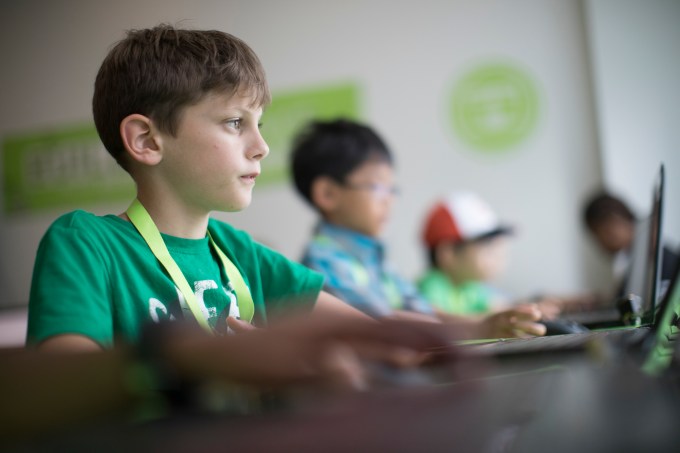 And the kids aren’t just building for fun – there’s money to be made, too. The top creators make two to three million a year, the company claims. The games are free, but creators monetize through the sale of virtual goods. Roblox says it paid out $30 million to its creator community last year, and is now cash-flow positive.

With Roblox Education, the aim is to get more kids coding by working with educators directly.

The new curriculum offers teachers 12 hours of step-by-step tutorials, handouts, technical setup guides, outlines, lesson guides, and more. It’s shared freely under a Creative Commons license so teachers can use or modify it as they see fit. In the future, the curriculum will be expanded to include other subjects, as well, like Physics and Design, the company says. 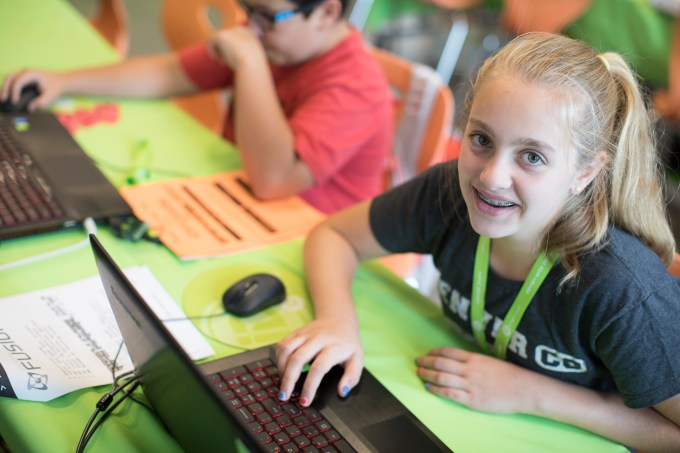 In addition, teaching kids how to use Roblox Studio will be the main focus of more than 500 coding camps and online programs this summer in the U.S., U.K. Hong Kong, Singapore, Canada, Spain, Brazil, and Portugal. The kids will learn how to create, publish and market their games to others.

The company will also run its 4th annual Roblox Summer Accelerator, and host 45 young developers at its HQ for the summer. The program has previously produced some of the more popular Roblox titles, like MeepCity and Lumber Tycoon.

And it will host its annual Roblox Developer Conference in San Francisco July 13-15, 2018, and in Amsterdam August 17-19, 2018. It’s doubling the number of attendees this year at both.

Finally, Roblox will host its first Creator Challenge with Universal, where kids learn tricks of game building via a Jurassic Park-themed, self-paced course.

“Roblox’s mission is to power and fuel imagination while inspiring a new generation of creators,” said Grace Francisco, VP of Developer Relations at Roblox, said in a statement about the launch. ”We are thrilled to be launching our education initiative that gives young people of all ages and backgrounds the chance to develop the crucial skills needed to be tomorrow’s entrepreneurs and creators.”