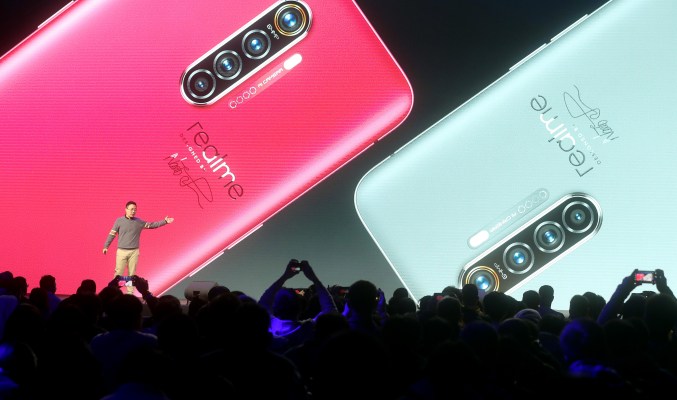 As Xiaomi widens its smartphone lead over Samsung in India, a new competitor is increasingly posing a challenge.

Realme, a one-and-half-year-old smartphone vendor that spun out of Oppo, commanded 14.3% of the world’s second largest smartphone market in the quarter that ended in September, research firm IDC said on Monday.

While Xiaomi, with 27.1% of the local smartphone market share, still dominates the market, the volume of handsets that Realme has shipped in India rose at a staggering 401.3% since the same period last year, according to IDC. 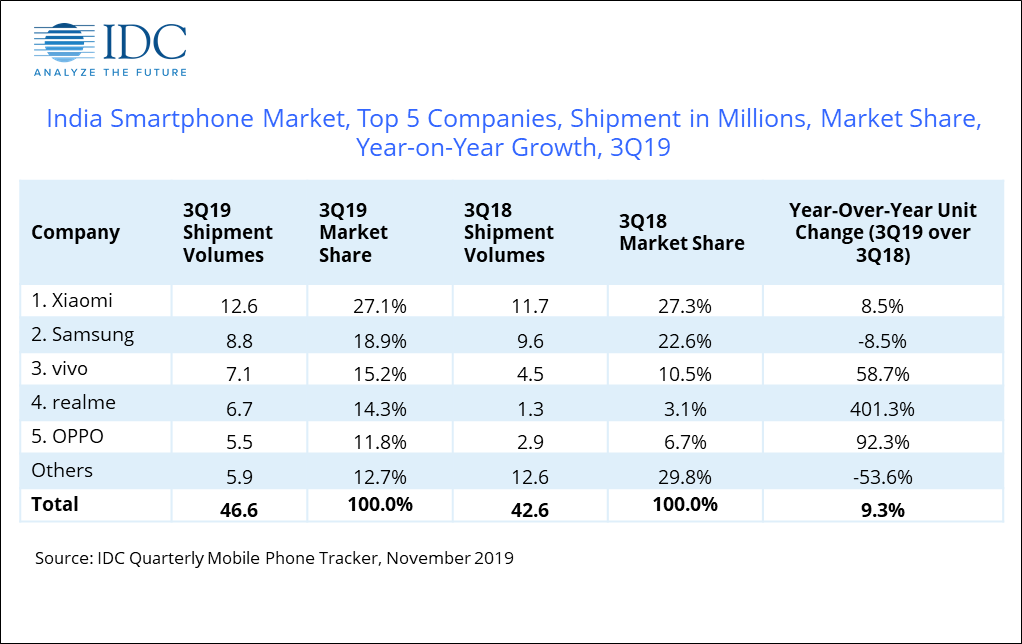 What’s fascinating about Realme’s expansion in India is just how closely it is replicating Xiaomi’s playbook in the country. Like Xiaomi, Realme for a year sold phones only through an online channel to cut overhead costs. Last quarter, the company began selling phones in India through offline stores, which still account for more than two-thirds of all smartphone sales.

Realme has launched more than a dozen aggressively priced smartphone models so far, all priced between $80 to $240 — the sweet spot in the local market. In fact, IDC says Realme’s C2, 3i and 3 models — priced between $80 and $110 — were the top-selling phones for the company in Q3 this year.

Like Xiaomi’s handsets, Realme smartphones pack above the punch — sporting some of the highest-end hardware modules for their price range. The $80 Realme C2 features a six-inch HD+ display, 3+2 rear megapixel cameras, 4,000 mAh battery, 2GB of RAM and 16GB of expandable storage — and it supports 4G networks and has a facial unlock feature.

Realme today operates in 18 countries, including its home market China, Indonesia, Malaysia, Pakistan, Vietnam and Egypt. In May this year, the company entered the European region. 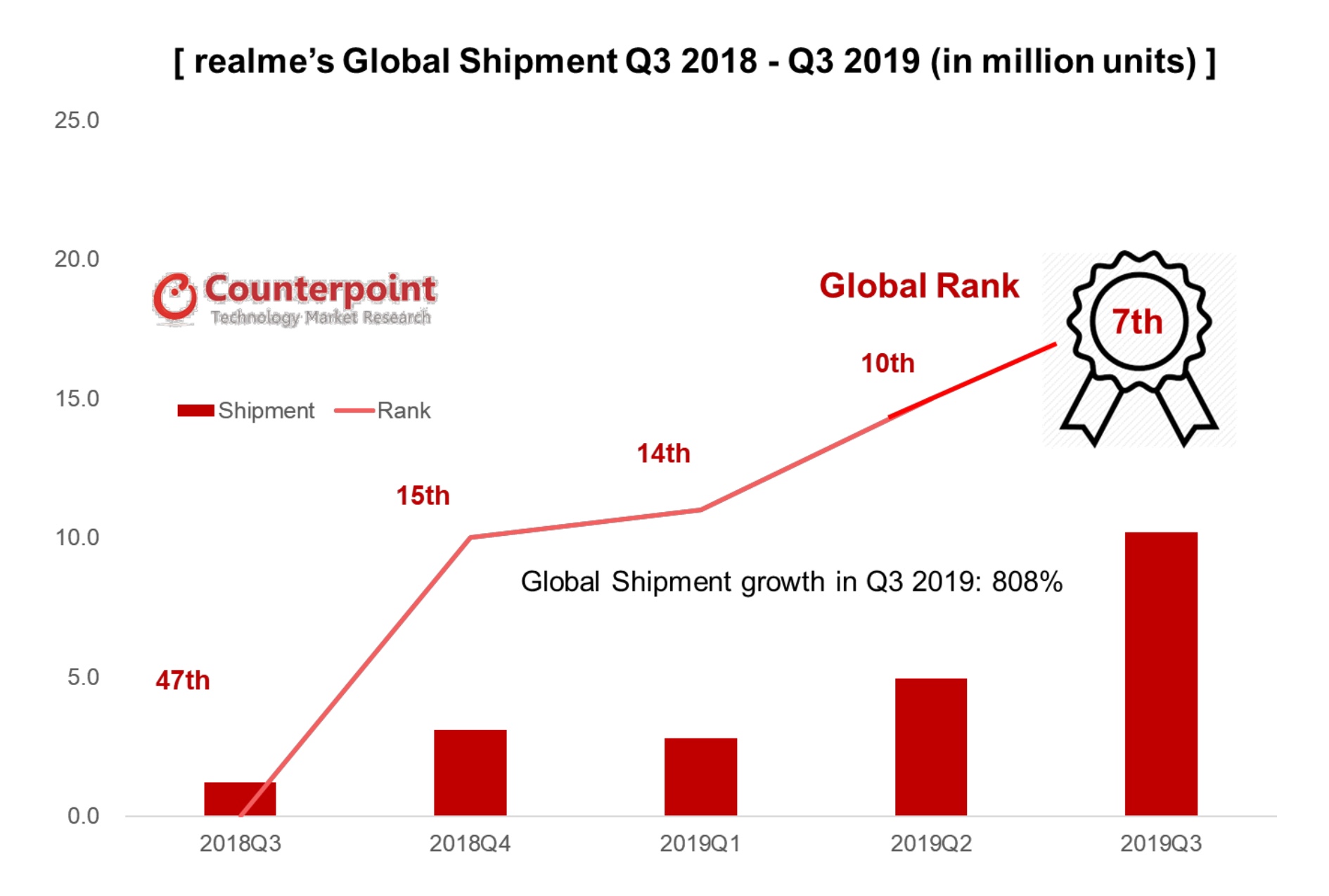 India and Indonesia accounted for more than 80% of smartphones that Realme has shipped to date, according to Counterpoint.

“We expect realme to become a serious contender in the market next year as growth will continue in emerging markets and online channels. The value for money proposition is also powerful in times of stagnant economic growth globally,” Counterpoint analysts wrote.

The aggressive growth of Realme hasn’t gone unnoticed with Xiaomi. The two companies have already exchanged testy words with one another and made allegations.

Hey @FrancisRealme , as a fellow marketer I’m sure you’d value the time & creativity that goes into designs. Could you please ask your team to abstain from taking this close an inspiration.

Hope to catch up the next time you are in Bangalore 🙂 pic.twitter.com/y7PovSBuw3

And you thought smartphone wars were over.

Meet the 7 winners of the Taiwan Excellence awards, presented by ShowStoppers and TAITRA