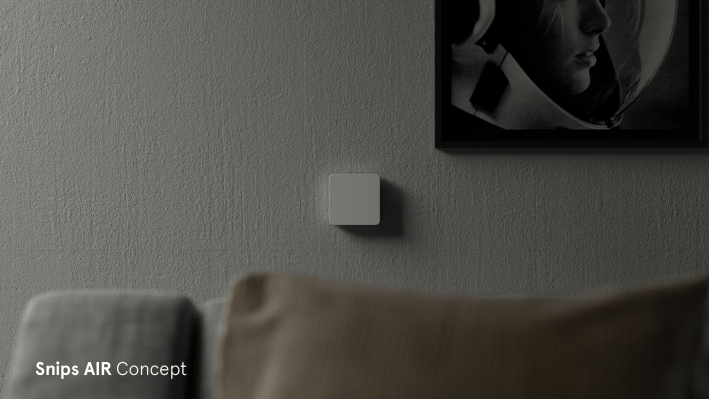 Yes, it sounds a bit like Snips is playing a game of buzzword bingo. Anyone can currently download the open source Snips SDK and play with it with a Raspberry Pi, a microphone and a speaker. It’s private by design, you can even make it work without any internet connection. Companies can partner with Snips to embed a voice assistant in their own devices too.

But Snips is adding a B2C element to its business. This time, the company is going to compete directly with Amazon Echo and Google Home speakers. You’ll be able to buy the Snips AIR Base and Snips AIR Satellites.

The base will be a good old smart speaker, while satellites will be tiny portable speakers that you can put in all your rooms. The company plans to launch those devices in 18 months.

By default, Snips devices will come with basic skills to control your smart home devices, get the weather, control music, timers, alarms, calendars and reminders. Unlike the Amazon Echo or Google Home, voice commands won’t be sent to Google’s or Amazon’s servers.

Developers will be able to create skills and publish them on a marketplace. That marketplace will run on a new blockchain — the AIR blockchain.

And that’s where the ICO comes along. The marketplace will accept AIR tokens to buy more skills. You’ll also be able to generate training data for voice commands using AIR tokens. To be honest, I’m not sure why good old credit card transactions weren’t enough. But I guess that’s a good way to raise money.

This is one smart device that every urban home could use