Industry vets and students alike crammed into UCLA’s historic Royce Hall last week for TC Sessions: AR/VR, our one-day event on the fast-moving (and hype-plagued) industry and the people in it. Disney, Snap, Oculus and more stopped by to chat and show off their latest; if you didn’t happen to be in LA that day, read on and find out what we learned — and follow the links to watch the interviews and panels yourself. 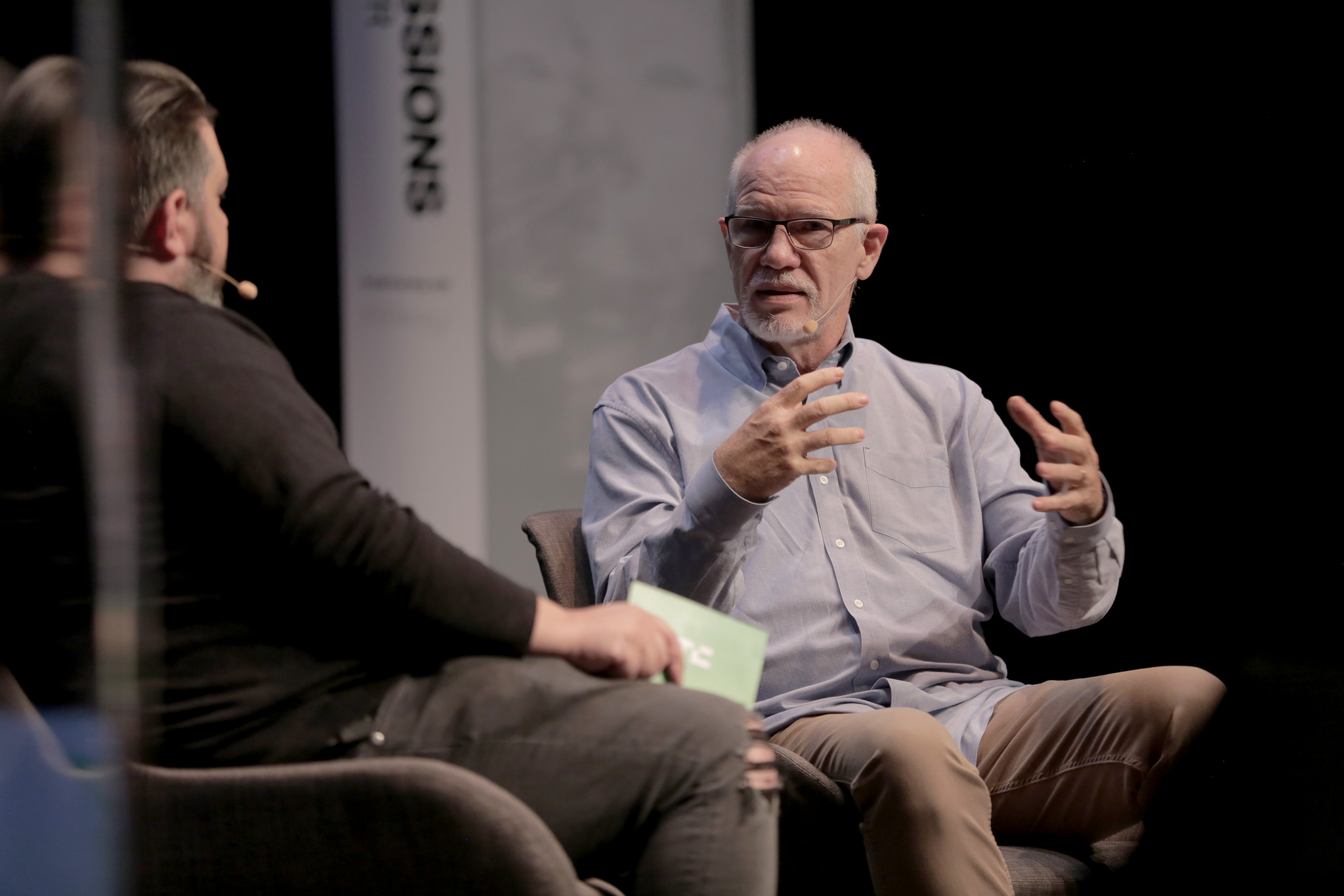 To kick off the day we had Jon Snoddy from Walt Disney Imagineering. As you can imagine, this is a company deeply invested in “experiences.” But he warned that VR and AR storytelling isn’t ready for prime time: “I don’t feel like we’re there yet. We know it’s extraordinary, we know it’s really interesting, but it’s not yet speaking to us deeply the way it will.” 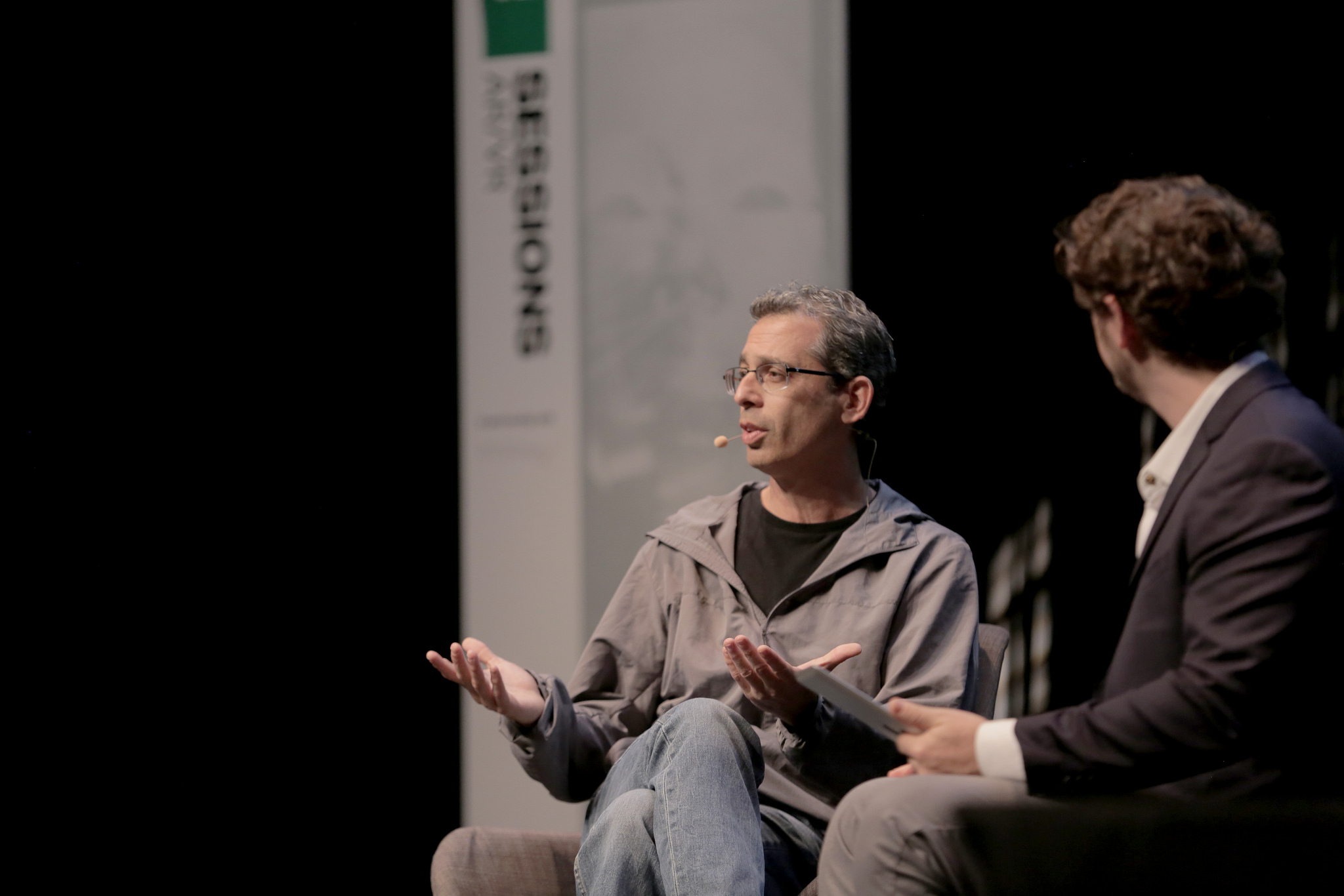 Next came Snap’s Eitan Pilipski. Snapchat wants to leave augmented reality creativity up to the creators rather than prescribing what they should build. AR headsets people want to wear in real life might take years to arrive, but nevertheless Snap confirmed that it’s prototyping new AI-powered face filters and VR experiences in the meantime.

I was onstage next with a collection of startups which, while very different from each other, collectively embody a willingness to pursue alternative display methods — holography and projection — as businesses. Ashley Crowder from VNTANA and Shawn Frayne from Looking Glass explained how they essentially built the technology they saw demand for: holographic display tech that makes 3D visualization simple and real. And Lightform’s Brett Jones talked about embracing and extending the real world and creating shared experiences rather than isolated ones. 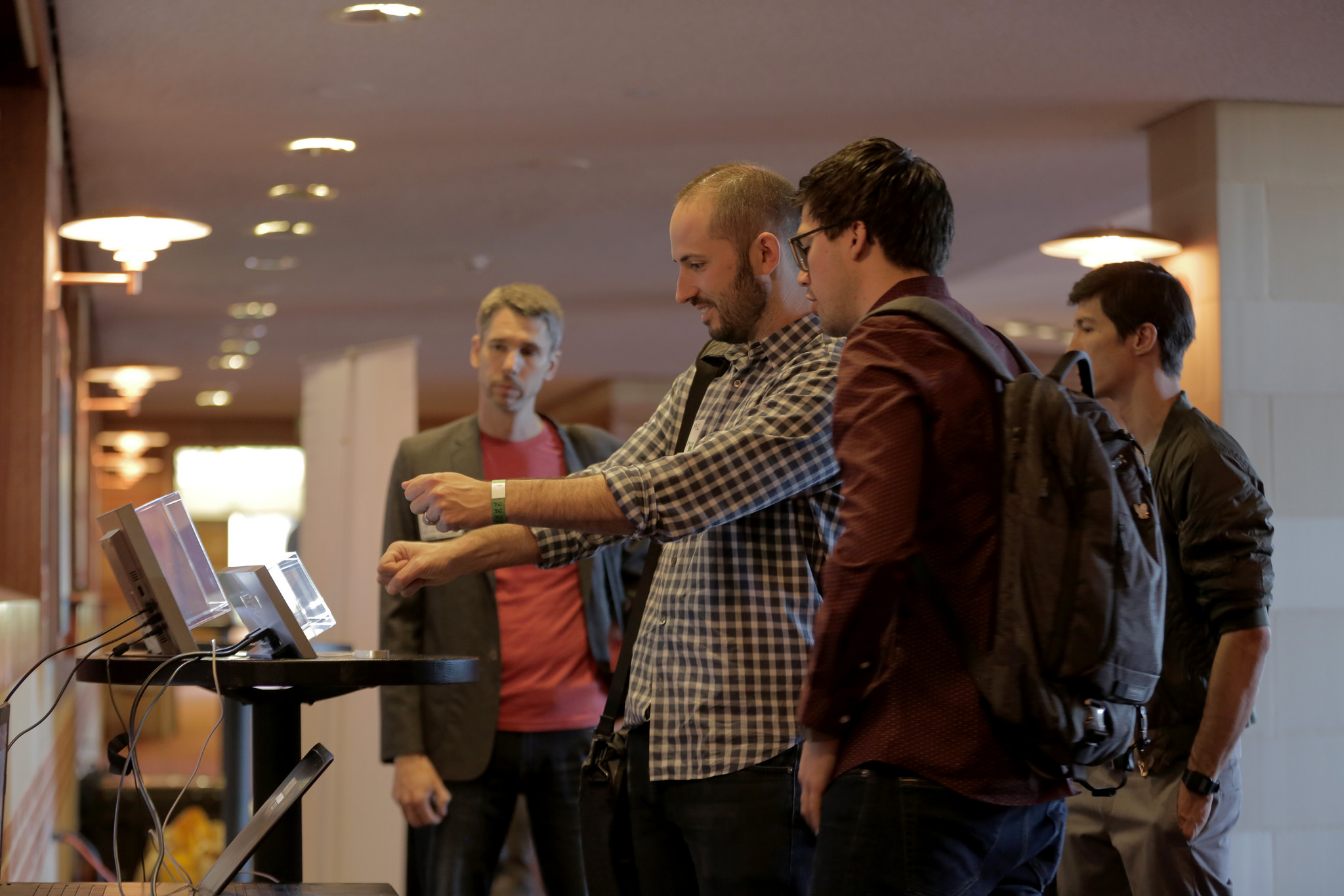 Frayne’s holographic desktop display was there in the lobby, I should add, and very impressive it was. People were crowding three or four deep to try to understand how the giant block of acrylic could hold 3D characters and landscapes.

Maureen Fan from BaoBab Studios touched on the importance of conserving cash for entertainment-focused virtual reality companies. Previewing her new film, Crow, Fan noted that new modes of storytelling need to be explored for the medium, such as the creative merging of gaming and cinematic experiences.

Up next was a large panel of investors: Niko Bonatsos (General Catalyst), Jacob Mullins (Shasta Ventures), Catherine Ulrich (FirstMark Capital) and Stephanie Zhan (Sequoia). The consensus of this lively discussion was that (as Fan noted earlier) this is a time for startups to go lean. Competition has been thinned out by companies burning VC cash and a bootstrapped, efficient company stands out from the crowd. 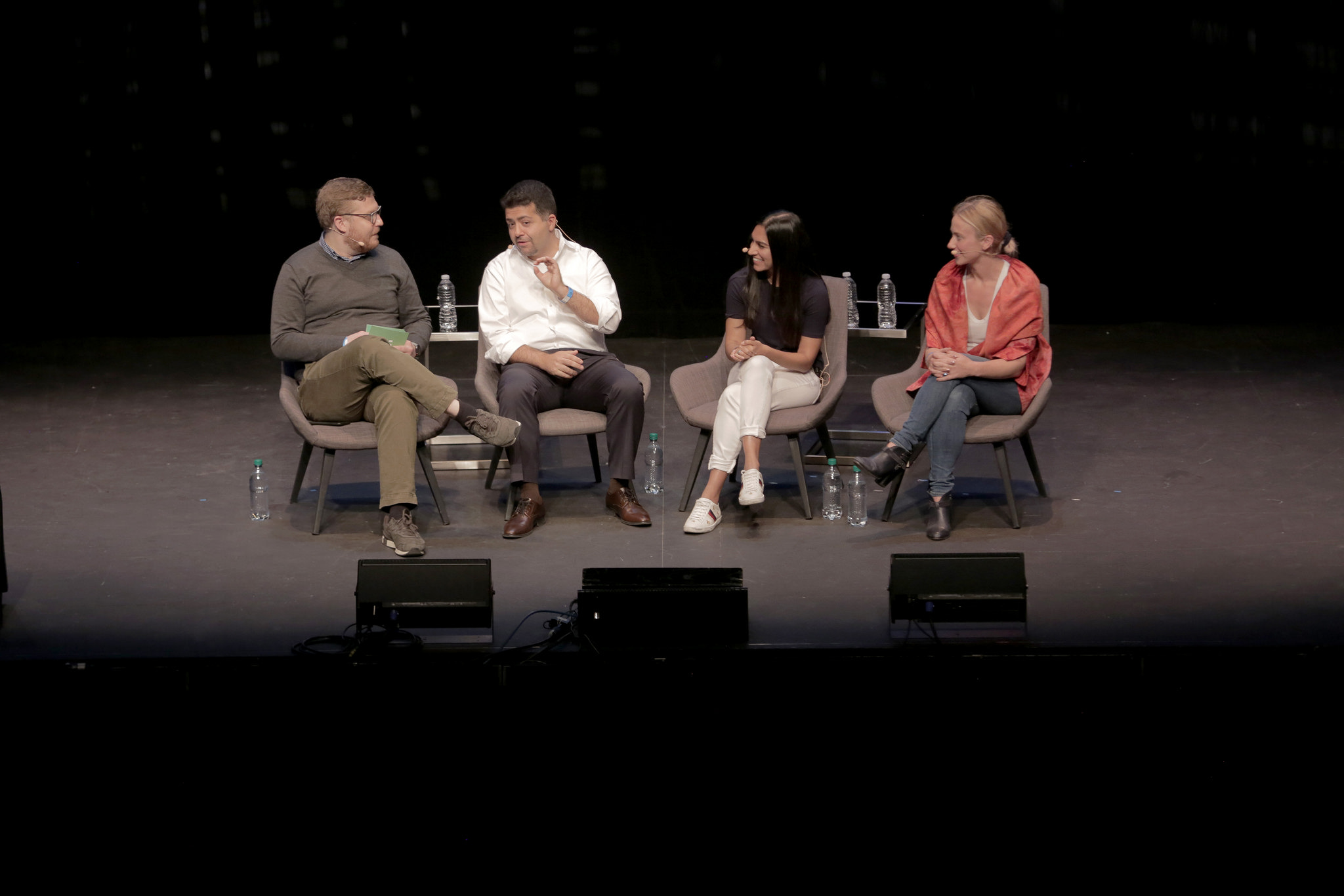 Oculus is getting serious about non-gaming experiences in virtual reality. In our chat with Oculus Executive Producer Yelena Rachitsky, we heard more details about how the company is looking to new hardware to deepen the interactions users can have in VR and that new hardware like the Oculus Quest will allow users to go far beyond the capabilities of 360-degree VR video.

Of course if Oculus is around, its parent company can’t be far away. Facebook’s Ficus Kirkpatrick believes it must build exemplary “lighthouse” AR experiences to guide independent developers toward use cases they could enhance. Beyond creative expression, AR is progressing slowly because no one wants to hold a phone in the air for too long. But that’s also why Facebook is already investing in efforts to build its own AR headset.

Matt Miesnieks, from 6d.ai, announced the opening of his company’s augmented reality development platform to the public and made a case of the creation of an open mapping platform and toolkit for opening augmented reality to collaborative experiences and the masses.

Augmented reality headsets like Magic Leap and HoloLens tend to hog the spotlight, but phones are where most people will have their first taste. Parham Aarabi (ModiFace), Kirin Sinha (Illumix) and Allison Wood (Camera IQ) agreed that mainstreaming the tech is about three to five years away, with a successful standalone device like a headset somewhere beyond that. They also agreed that while there are countless tech demos and novelties, there’s still no killer app for AR. 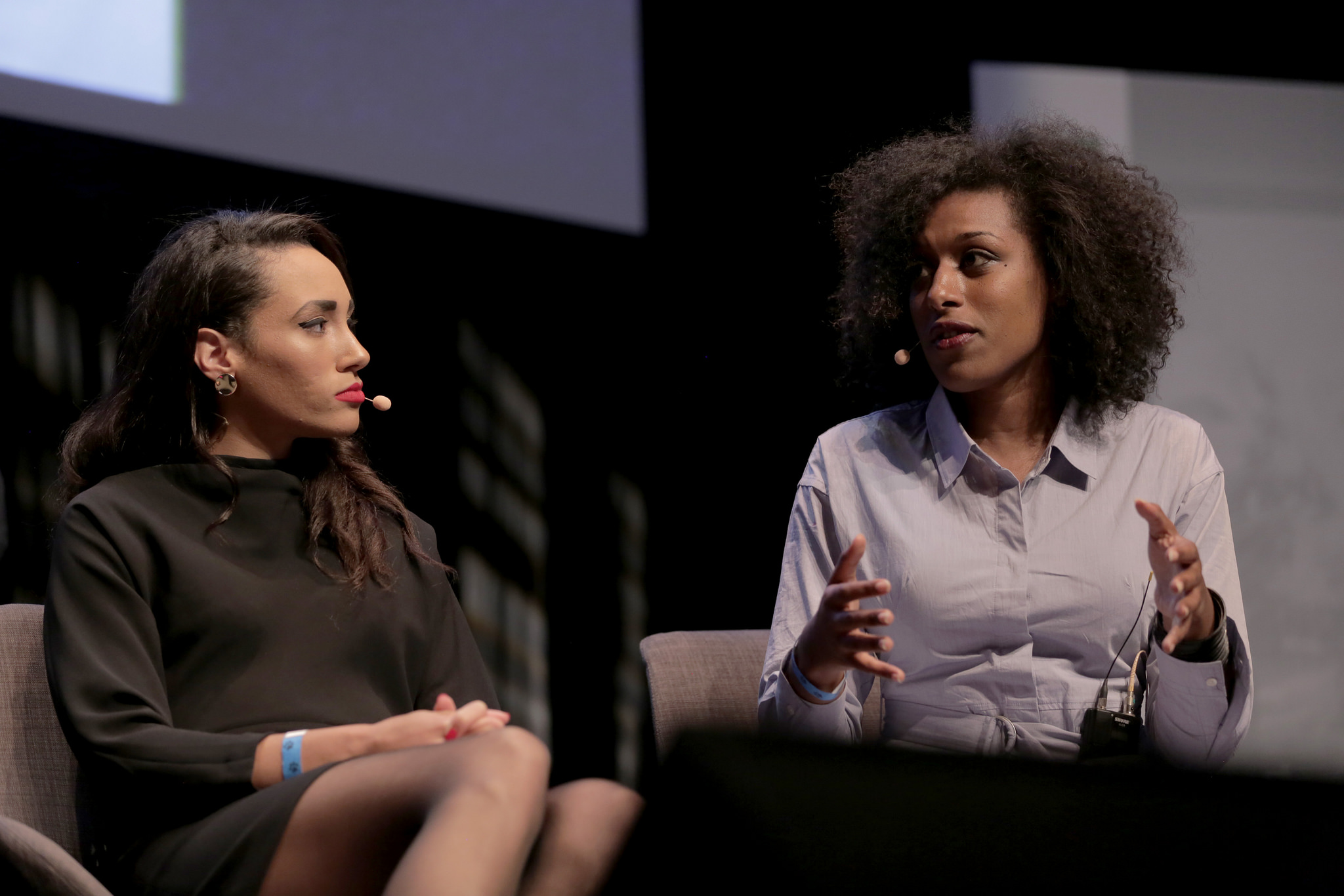 Derek Belch (STRIVR), Clorama Dorvilias (DebiasVR) and Morgan Mercer (Vantage Point) took on the potential of VR in commercial and industrial applications. They concluded that making consumer technology enterprise-grade remains one of the most significant adoptions to virtual reality applications in business. (Companies like StarVR are specifically targeting businesses, but it remains to be seen whether that play will succeed.)

With Facebook running the VR show, how are small VR startups making a dent in social? The CEOs of TheWaveVR, Mindshow and SVRF all say that part of the key is finding the best ways for users to interact and making experiences that bring people together in different ways.

After a break, we were treated to a live demo of the VR versus boxing game Creed: Rise to Glory, by developer Survios co-founders Alex Silkin and James Iliff. They then joined me for a discussion of the difficulties and possibilities of social and multiplayer VR, both in how they can create intimate experiences and how developers can inoculate against isolation or abuse in the player base.

Early-stage investments are key to the success of any emerging industry, and the VR space is seeing a slowdown in that area. Peter Rojas of Betaworks and Greg Castle from Anorak offered more details on their investment strategies and how they see success in the AR space coming along as the tech industry’s biggest companies continue to pump money into the technologies. 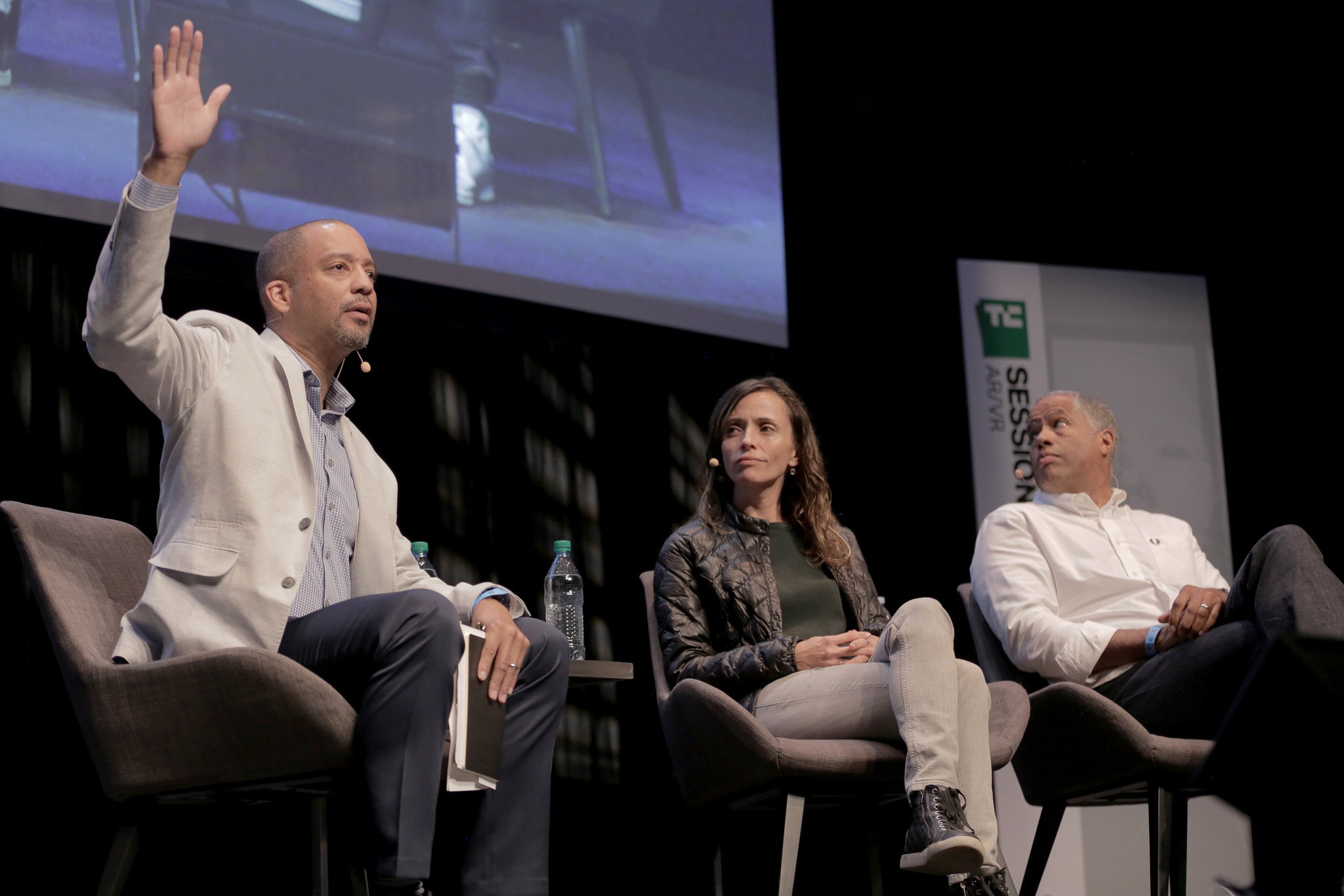 UCLA contributed a moderator with Anderson’s Jay Tucker, who talked with Mariana Acuna (Opaque Studios) and Guy Primus (Virtual Reality Company) about how storytelling in VR may be in very early days, but that this period of exploration and experimentation is something to be encouraged and experienced. Movies didn’t begin with Netflix and Marvel — they started with picture palaces and one-reel silent shorts. VR is following the same path.

And what would an AR/VR conference be without the creators of the most popular AR game ever created? Niantic already has some big plans as it expands its success beyond Pokémon GO. The company, which is deep in development of Harry Potter: Wizards Unite, is building out a developer platform based on their cutting-edge AR technologies. In our chat, AR research head Ross Finman talks about privacy in the upcoming AR age and just how much of a challenger Apple is to them in the space.

That wrapped the show; you can see more images (perhaps of yourself) at our Flickr page. Thanks to our sponsors, our generous hosts at UCLA, the motivated and interesting speakers and most of all the attendees. See you again soon!