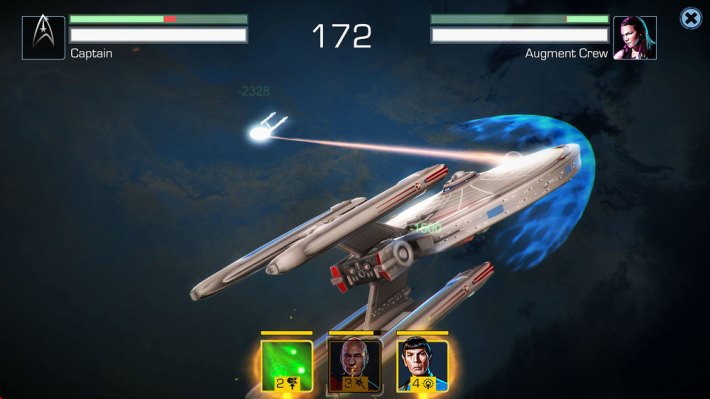 The company announced a $12 million fund at the end of 2016, which it said would help developers grow their games while remaining independent. Today it  revealed that it’s committing $132 million in annual spending to the fund.

CEO Kevin Segalla said that as mobile app stores become more and more crowded, “user acquisition has gotten incredibly complicated,” so most indie developers “don’t have the tech and the expertise to do it.”

That’s where Tilting Point comes in. President Samir El Agili said the company has built “machine learning technology to maximize and optimize user acquisition.” It likes to work on games that are at the “crossroads,” taking a solid game with a sustainable business model, then dramatically accelerating its growth with advertising.

Segalla said that given the fund’s success, the question became, “How can we do this at a much larger scale?” which led to the much larger fund commitment, thanks to capital committed by CFC Capital (Tilting Point’s majority shareholder) and Metropolitan Partners Group.

Just to be clear, the $132 million isn’t a price tag that Tilting Point is putting on its own services, and instead represents money that will actually be spent on advertising.

Segalla argued that the deals are structured in a way where Tilting Point’s incentives are properly aligned with the developer’s.

“This is not a loan that we’re giving them, it’s not something where we’re looking for equity, there’s no ongoing revenue share,” he said. Instead, the company is betting that the spending will pay off in its relationship with developer and the resulting fees: “What we’re doing is risking our own capital because we believe in our marketing, our tech and our team.”

Tilting Point says it’s open to partnering with developers in any genre, and is also looking to work with developers internationally. Segalla predicted that fund could allow Tilting Point to work with 20 new games each year, though El Agili noted that the exact number will depend on the games: “The truth is, if get two to three games that do extremely well right away, we can start spending a lot of money.”

Zelos is like a cross-game battle pass, rewarding you for completing challenges in games you already play