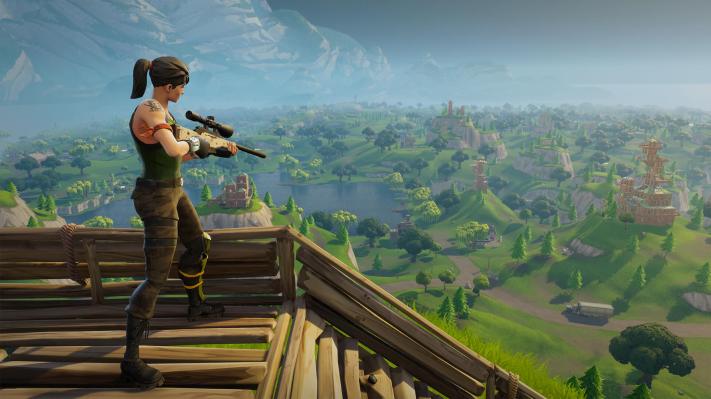 Just how big is Fortnite? Very big. Very, very big. $296 million in April, big. That’s according to SuperData Research (via The Verge), a service that tracks digital game sales. The number, which includes sales from the console, mobile and PC versions of the game, is up $73 million from just last month.

The sandbox’s survival game’s April numbers are also more than double the $126 million it earned back in February. The title is currently atop Superdata’s console chart, and is number five on the PC, several slots ahead of PlayerUnknown’s Battlegrounds. According to the survey it “once again it broke the record for most additional content revenue in a single month by a console game.”

As for mobile, the title didn’t crack the top 10, but the smartphone has clearly been a driving force in recent growth. Fortnite arrive on iOS in the middle of March, and its upcoming jump to Android is likely to push the title’s success even further. And then, of course, there’s the prize pools.

Earlier this month, Epic added a competition that let players compete for large sums of its in-game currency, V-Bucks. And just this week, the company announced plans to spend $100 million real world dollars on Fornite eSports competitions for the next two years.

The promise and challenge of Roblox’s future in China

How much does it cost to own a small fleet of Macs? Total cost of ownership explained

Android 12 will let you play games before they finish downloading

Demand Curve: Questions you need to answer in your paid search ads