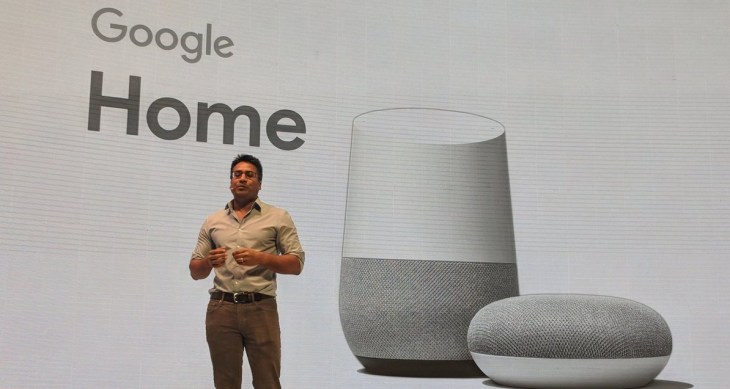 Google’s two smart speaker products — the Google Home and Google Home Mini — and its Pixel 2 and Pixel 2 XL smartphones are now available in India following a launch event in the country.

The devices are priced at Rs 9,999 ($154), and Rs 4,499 ($69), respectively, and Google confirmed that they are available for purchase online via Flipkart and offline through over 750 retailer stores, including Reliance Digital, Croma and Bajaj Electronics.

The Google smart speakers don’t cater to India’s multitude of local languages at this point, but the U.S. company said that they do understand “distinctly” India voices and “will respond to you with uniquely Indian contexts,” such as answering questions about local sport, cooking or TV shows.

For a limited time, Google is incentivizing early customers who will get six months of Google Play Music alongside offers for local streaming services Saavn and Gaana when they buy the Home or Home Mini.

Google Home and Home Mini were first announced at Google I/O in 2016. The company said recently that it has sold “tens of millions” of speakers, with more than seven million sales between October 2017 and January 18.

Still, it’s been a long time coming to India, which has allowed others to get into the market first. Amazon, which is pouring considerable resources into its India-based business to battle Flipkart, brought its rival Echo smart devices to India last October.

Despite blockchain gaming’s play-to-earn angle, I prefer to pay