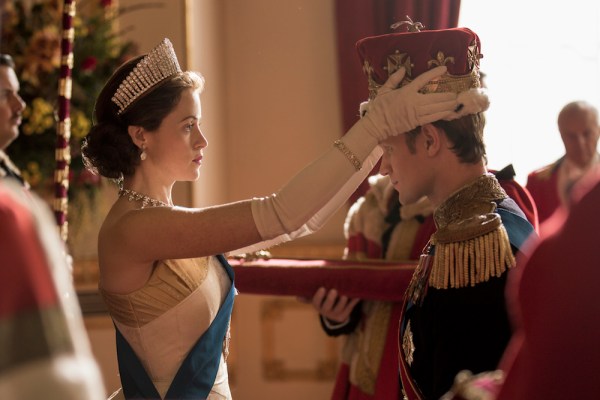 Yes, there are talented actors and fancy costumes on-screen, and yes, there’s an acclaimed writer at the helm who specializes in dramatizing real history. But did we really need to watch another 20 hours of serious, scripted drama about England’s royal family?

Well, we were convinced to give the show a shot after it took home multiple awards at this year’s Emmys, and we were absolutely won over. It turns out that some of the questions that made us uncertain about the concept (such as: What’s the point of a monarchy in modern society?) are exactly what the show is trying to explore.

And it would be hard to overpraise those actors — not just Claire Foy as Queen Elizabeth II, but also Matt Smith as her husband Prince Philip, Vanessa Kirby as Pricness Margaret, John Lithgow as Winston Churchill and Jared Harris as Elizabeth’s father, King George VI.

On the latest episode of the Original Content podcast, we’re joined by Catherine Shu to discuss the first two seasons of “The Crown,” and what we’re hoping to see in season three (with Foy and Smith replaced by older actors to play Elizabeth and Philip in middle age). We also discuss recently-revealed details about the upcoming Star Wars streaming series “The Mandalorian” and plans for an interactive episode of “Black Mirror.”

You can listen in the player below, subscribe using Apple Podcasts or find us in your podcast player of choice. If you like the show, please let us know by leaving a review on Apple. You also can send us feedback directly. (Or suggest shows and movies for us to review!)

The forgotten ‘Facebook of China’ is sold for $20M

Disney+ to launch in India through Hotstar on March 29