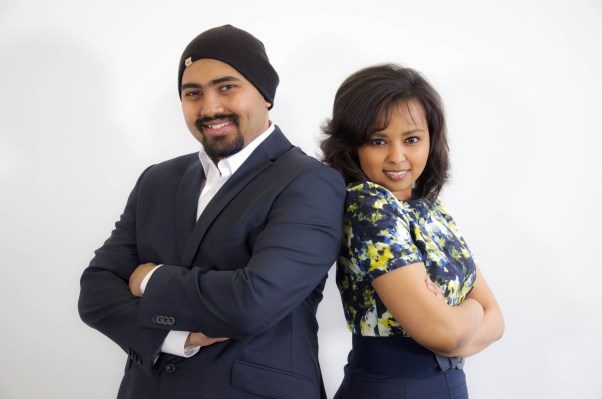 The HR departments of large companies face a common challenge: how to scale the hiring process when they receive hundreds if not thousands of applicants, and how to remove unconscious bias so the best or most suitable candidates are shortlisted. That’s the specific problem MeVitae, an Oxford-based startup founded by neuroscientist Riham Satti and computer scientist Vivek Doriaiswamy, has set out to solve.

Dubbed “Augmented Intelligence,” more broadly the burgeoning company is developing AI technology that uses what Satti describes as “cognitive techniques” designed to compensate for the limitations of humans.

The premise — in part backed up by her neuroscience research at Oxford University — is that our brains have limitations that restrict our cognitive ability, including the relatively slow speed when processing information, unconscious biases, and limited memory. Limitations, she says, that machines do not possess. Applying to this to various aspects of recruitment is the startup’s initial bet.

Intended to be deployed after a new job opening has been advertised, the MeVitae software plugs into a company’s current Application Tracking System. It then sifts through all of the applications/CVs that have been received and analyses each CV (relative to the job spec) giving it a score.

“This is done by analysing every component of a CV (e.g. education, experience etc.) and using the web to reason and validate each score,” explains Satti.

The hiring company then receives the ranked and shortlisted applicants within their ATS system, and — crucially — is also able to see a “road map” explaining MeVitae’s reasoning behind each score. In addition, through the use of NLP, MeVitae takes each CV and find parts of it that could result in discrimination (e.g. gender, ethnicity) and redacts this information for an employer i.e. CV blinding.

The result is that employers now have ranked and redacted applicant CVs and can quickly shortlist top and diverse talent. “The ranked and anonymised candidates are provided to the recruiter/employer of the company to review,” says the MeVitae co-founder. “The employer will decide who they want to interview from the shortlist… [and] over time the system learns from each employer’s choices for more intelligent decision-making”. In other words, the longer MeVitae is employed by an individual company the more responsive it becomes to that company’s hiring priorities and isn’t a one size fits all solution.

Meanwhile, MeVitae is disclosing that it has raised £500,000 in funding, in a round led by angel investor club Startup Funding Club. Others participating include Force Over Mass, Twenty Ten Capital, BBH ZAG (brand arm of Bartle Bogle Hegartyand), and the tax-payer funded London Co-Investment Fund (launched by the Deputy Mayor of London). Dhiraj Mukherjee, (co-founder of Shazam), Simon Samuel (search and recruitment executive), and Geoff Hughes (Microsoft director and Honorary Research Associate at UCL) have also invested and join the MeVitae board.

Prior to this, the startup has been funded by a number of grants, totalling around £250,000. These came from Innovate UK, European Space Agency BIC, and Regional Growth Fund, amongst others. The funding was used to finance over 3 years of R&D as MeVitae built the technology and got its current product offering to market.

Stealth fintech startup Digits raises $10.5 million Series A from Benchmark and others