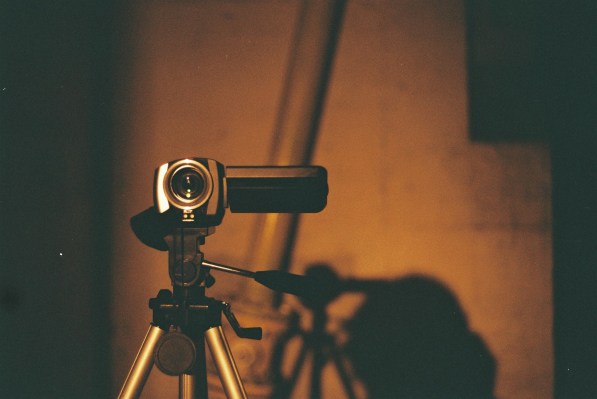 It’s become almost second nature to accept that cameras everywhere — from streets, to museums and shops — are watching you, but now they may be able to communicate with you, as well. New technology from Purdue University computer science researchers has made this dystopian prospect a reality in a new paper published today. But, they argue, it’s safer than you might think.

The system is called PHADE, which allows for something called “private human addressing,” where camera systems and individual cell phones can communicate without transmitting any personal data, like an IP or Mac address. Instead of using an IP or Mac address, the technology relies on motion patterns for the address code. That way, even if a hacker intercepts it, they won’t be able to access the person’s physical location.

Imagine you’re strolling through a museum and an unfamiliar painting catches your eye. The docents are busy with a tour group far across the gallery and you didn’t pay extra for the clunky recorder and headphones for an audio tour. While pondering the brushwork you feel your phone buzz, and suddenly a detailed description of the artwork and its painter is in the palm of your hand.

To achieve this effect, researchers use an approach similar to the kind of directional audio experience you might find at theme parks. Through processing the live video data, the technology is able to identify the individual motion patterns of pedestrians and when they are within a pertinent range — say, in front of a painting. From there they can broadcast a packet of information linked to the motion address of the pedestrian. When the user’s phone identifies that the motion address matches their own, the message is received.

While this tech can be used to better inform the casual museum-goer, the researchers also believe it has a role in protecting pedestrians from crime in their area.

“Our system serves as a bridge to connect surveillance cameras and people,” He Wang, a co-creator of the technology and assistant professor of computer science, said in a statement. “[It can] be used by government agencies to enhance public safety [by deploying] cameras in high-crime or high-accident areas and warn[ing] specific users about potential threats, such as suspicious followers.”

While the benefits of an increasingly interconnected world are still being debated and critiqued daily, there might just be an upside to knowing a camera’s got its eye on you.