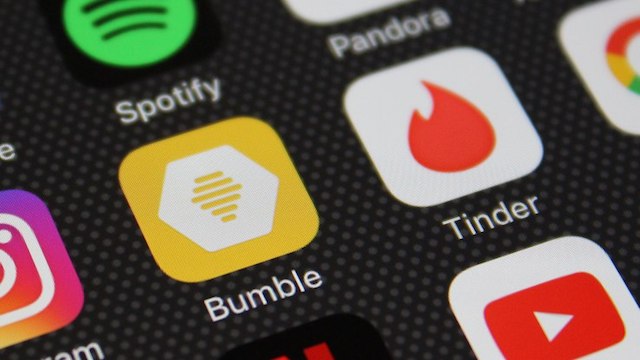 Drama is heating up between the dating apps.

Tinder, which is owned by Match Group, is suing rival Bumble, alleging patent infringement and misuse of intellectual property.

The suit alleges that Bumble “copied Tinder’s world-changing, card-swipe-based, mutual opt-in premise.” The lawsuit also accuses Tinder-turned-Bumble employees Chris Gulczynski and Sarah Mick of copying elements of the design. “Bumble has released at least two features that its co-founders learned of and developed confidentially while at Tinder in violation of confidentiality agreements.”

It’s complicated because Bumble was founded by CEO Whitney Wolfe, who was also a co-founder at Tinder. She wound up suing Tinder for sexual harassment.

Yet Match hasn’t let the history stop it from trying to buy hotter-than-hot Bumble anyway. As Axios’s Dan Primack pointed out, this lawsuit may actually try to force the hand for a deal. Bumble is majority-owned by Badoo, a dating company based in London and Moscow.

(It wouldn’t be the first time a dating site sued another and then bought it. JDate did this with JSwipe.)

Match Group has invested significant resources and creative expertise in the development of our industry-leading suite of products. We are committed to protecting the intellectual property and proprietary data that defines our business. Accordingly, we are prepared when necessary to enforce our patents and other intellectual property rights against any operator in the dating space who infringes upon those rights.

I have, um, tested out both Tinder and Bumble and they are similar. Both let you swipe on nearby users with limited information like photos, age, school and employer. And users can only chat if both opt-in.

However, Tinder has developed more of the reputation as a “hookup” app and Bumble doesn’t seem to have quite the same image, largely because it requires women to initiate the conversation, thus setting the tone.